Setting up AMD's ROCm From Source

Setting up a Local ROCm Build from Source

These instructions document how to compile and run ROCm from source on a Linux system running either an upstream kernel or a kernel built from the ROCK-Kernel-Driver repository. Users who simply wish to use ROCm for general-purpose GPU programming generally will find it much easier to install from the binary distribution, as detailed in the README. However, those who wish to modify or develop ROCm source code may find this guide useful.

Secondly, I realize that AMD does have a repository supposedly for people who want to set up ROCm from source, but the repository primarily contains a bunch of scripts. These instructions were written under the assumption that people exist who, like me, want to work with ROCm source code, don't work for AMD, and would rather understand what they're doing up front rather than having to dig through a ton of shell scripts.

This guide does not cover installing the ROCm kernel components. Compiling and installing the Linux kernel from source is a sufficiently involved topic and should be covered in other documentation. Instead, the following instructions require that you are already either running a sufficiently new Linux kernel version (i.e. 4.18 or later), or have installed the kernel from the ROCm kernel driver repository.

If you haven't yet added your username to the video group, do so first:

Afterwards, ensure that your changes have taken effect by checking that the kfd virtual device has the correct permissions:

As for software packages, you must first install some additional packages if you don't already have them. On Debian-based systems:

These instructions assume that you want to install ROCm to a directory without requiring root permissions. Start by creating a directory to hold all source code, and create a subdirectory into which we'll "install" ROCm components. Create environment variables holding the full paths of both directories:

The remainder of these instructions assume that $ROCM_DIR and $ROCM_INSTALL_DIR have been set as above.

Start by cloning the repository if you haven't already:

Next, build the library in a "build" subdirectory:

Finally, install the library and headers to our target directory:

Later on, if you modify ROCT-Thunk-Interface code, re-run the following commands to recompile and reinstall it:

ROCR-Runtime wraps the relatively minimal ROCT-Thunk-Interface library to provide more complex functionality, such as userspace memory management. This can only be compiled after you have completed the previous instructions for setting up ROCT-Thunk-Interface.

First, clone the repository if you haven't already:

Once again, use cmake to build in a separate build directory. We'll need to specify both where to install the runtime, and where we already installed the thunk interface (they're the same place, assuming you're following along):

Finally, install the library to our target directory.

Later, if you modify ROCR-Runtime code, re-run the following commands to recompile and reinstall it:

This step installs the HCC compiler and other tools such as OpenCL. It requires that you have already set up ROCR-Runtime.

First, clone the repository if you haven't already. Note that this repository is larger than the others due to it also requiring several submodules including LLVM and clang.

As before, build in a separate directory. Also specifiy where to install the binaries:

Later, if you modify the HCC compiler's code, re-run the following commands to update your installation:

First, clone the repository if you haven't already:

As before, build in a separate directory, and specify the install location and the location where we installed hcc previously:

Later, if you modify the HIP source code, re-run the following commands to update your installation:

This may not be necessary for some people, but I was using it in some of my test programs.

First, clone rocRAND as you did the other projects:

rocRAND has very annoying issues with their build scripts; namely hardcoded paths to /opt/rocm/... in several places that I couldn't figure out how to override using cmake options. So, just fix it with a hammer:

Next, we'll build in a separate directory again.

These installed to an odd location, so I copied them to a location where they're more easily found by the local installation of hipcc:

Finally, the headers are wrong in several places (even if you installed the binary distribution of ROCm). If you try to use rocRAND, you'll encounter errors due to "missing" includes from the rocrand or hiprand headers. You'll usually just need to edit the headers and, for each wrong include path, add the directory containing the header to the #include <...> line. There's been an open PR for this issue on the rocRAND repository for a while, but they just don't seem to care about usability very much when it comes to this library.

If you plan to run hipcc, hcc, or other tools from your standard command line, you'll need to add your ROCM install location to your PATH. If you're using bash, this can be done by modifying .bashrc:

Some ROCm programs require an HCC_HOME environment variable. This is set to the installation directory of HCC, which was just $ROCM_INSTALL_DIR for us:

Even after running the above step, you'll probably often encounter errors about missing runtime libraries. You can fix this in one of two ways:

For the most part, I attempted to keep invasive system changes to a minimum in these instructions. So, installing should be fairly straightforward:

The "Disparity Extender" Algorithm, and F1/Tenth 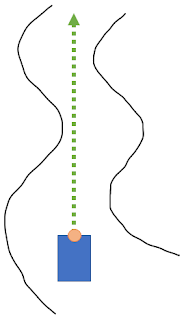